Do you miss live concerts and going to clubs? Tune in new United Live Radio station!

A non-commercial radio station with one aim: to connect the fans, who miss the live music, with concert and event organizers who count every minute to 'came to live' again.

Empty clubs, spaced stages, closed studios and an increasing number of people losing their jobs. But also solidarity, creativity and mutual support not only from fans but across organizations. That is the current perspective on live culture. Regardless of the difficult situation, the organizers and artists try to keep on working and delivering their fans what they do best - quality music with a magical atmosphere. For this purpose, a non-commercial online radio station 'United Live Radio'. It will temporarily supplement the lack of experiences from clubs, halls and festivals and under the baton of musical dramaturges, they are preparing a variety of specialized programmes. This project is sheltered by the most prominent festivals, clubs and halls that want to interconnect the whole music community. Listeners can tune in United Live Radion on its website www.unitedliveradio.cz from April 10 for 30 days. 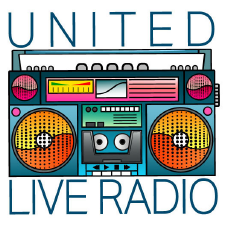 You can look forward to their own programmes which are managed by the team members of festivals and organization involved. The radio director is the dramaturge of United Islands festival and member of The Nihilists, Vanessa, Gun Dreams, Magnetik and Die Alten Maschinen Moimir Papalescu, as well as the dramaturge of Metronom Prague festival, Barbora Subrtova, metal music fans, will be happy to know that Brutal Assault festival is also involved, festival Let It Roll and musical publicist Ondřej Bezr (Blues Alive) will present their own theme programme. You will not even miss the talk shows such as Eccentric Talk by Jakub Horák, the first one is with the founder of the Festival Banát Stepan with cooperation with g.cz.

United Live Radio is a project based on the cooperation of those who are in any way involved in live music production and who want to participate in a community project. Specifically, these festivals are currently involved: Beats for Love, Benátská noc, Blues Alive, Brutal Assault, JazzFestBrno, Festival Svojšice, Let It Roll, Metronome Prague, Open Air musicfest Přeštěnice, Pražské jaro, Respect Festival, Slovácké léto, Struny podzimu, Štěrkovna Open Music, United Islands and more are still registering. Among the concert halls, there is Forum Karlin and promoters of the biggest concerts such as Fource Entertainment, Joe’s Garage, Live Nation, Obscure Promotion, Other Music and also agency 10:15 Entertainment.

Dear business partners,
In the last few weeks and months we have managed to continuously share with you an insight into your companies and using...

Dear business partners,
There are still many things happening in the labour market and in the companies themselves that are worth following...

Refer your colleague or friend and get a REFERRAL BONUS!

Do you know about someone who can be interested in great career opportunity in sunny Greece? Yes? Then refer this candidate to us and earn money...